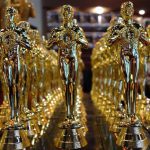 Before the defending Super Bowl Champions New England Patriots take on the Philadelphia Eagles, prepare for the Super Bowl with these gridiron themed titles in our collection.

Brand NFL: Making and Selling America’s Favorite Sport  This e-book explores the business side of the NFL; from its humble beginnings in the 1920’s to becoming a billion dollar industry.

Jerry Maguire  Tom Cruise and Cuba Gooding Jr. star in this award winning film about a blackballed sports agent and his lone client who plays in the NFL.  The film grossed over 200 million worldwide and earned Cuba Gooding Jr. an Academy Award for Best Supporting Actor.

Where Men Win Glory: The Odyssey of Pat Tillman Author Jon Krakauer examines the life of the late Pat Tillman, a former NFL player who turned down millions to serve in the United States Army. Tillman’s life and controversial death was also the subject of the 2010 documentary The Tillman Story.

Find more Super Bowl themed titles in our collection by following us on Pinterest.