RSVP for the History Walk

President Sylvia Burwell’s inauguration and American University’s 125th anniversary celebrations will kick off with the History Walk, a self-guided walking tour that will mark significant locations on campus that reflect AU’s rich and diverse history. The Library will also feature several displays highlighting AU’s past and present.

American University was founded in 1893 by John Fletcher Hurst, a bishop in the Methodist Episcopal Church who served as AU’s first chancellor. Since its founding, AU has been a progressive institution, admitting female students before they had the right to vote and African American students before Washington, D.C. was racially integrated.

Throughout the years, AU’s growth continued as a leading institution of higher learning. AU now offers over 100 programs of study to more than 12,000 students who come from all 50 states and 124 countries. AU is continuously ranked in the top 100 of Best Colleges and Universities.

This year, we welcome the University’s first female president, Sylvia Burwell. She previously served as the 22nd secretary of the United States Department of Health and Human Services from 2014 to 2017.

The AU Community is invited to attend the History Walk on Wednesday, April 11th from 2pm-4pm and begins at Bender Library. Learn more about AU’s history at various tour stops throughout campus, including the JFK Memorial, the Kay Spiritual Life Center, and Bender Arena. In addition, several exhibitions commemorating AU’s history will be on display on the Library’s first floor. 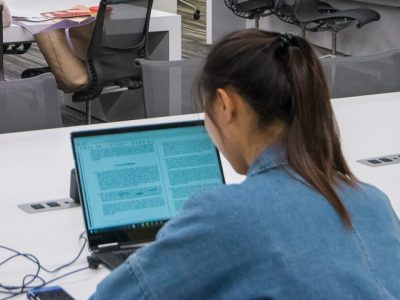 For more than twenty years, the Library has partnered with the AU community to provide selected food items for those in need, while giving Library users a break on fines. This year, we are collaborating with The Market, AU’s food pantry.  Located on the lower level of the Letts Hall, … 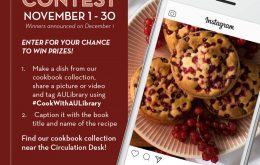 It’s time to show off those culinary skills! AU Library invites you to participate in our #CookWithAULibrary Contest! Get inspiration for your dishes by checking out cookbooks from our collection. Make a yummy recipe, post a picture on social media using our hashtag, and you qualify to win the grand …