We have a lot of music-related films and documentaries in our collection. Our friends over at the Music Library love them too, and they occasionally write reviews for their favorites. In our first post in this series, Music Library part-timer Jesse writes about the recent Academy Award-winning documentary 20 Feet from Stardom (HU DVD 11199). … END_OF_DOCUMENT_TOKEN_TO_BE_REPLACED 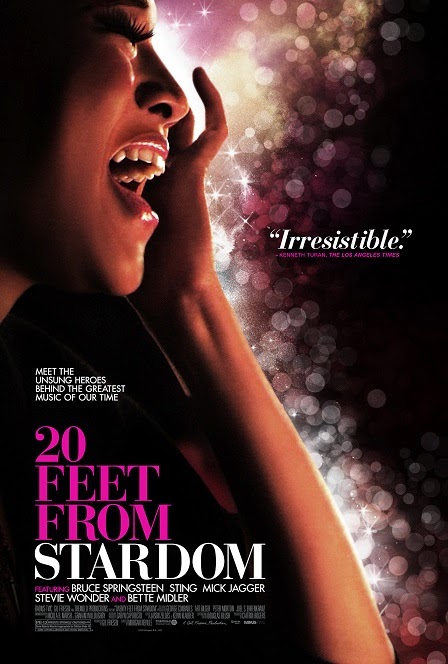 We have a lot of music-related films and documentaries in our collection. Our friends over at the Music Library love them too, and they occasionally write reviews for their favorites. In our first post in this series, Music Library part-timer Jesse writes about the recent Academy Award-winning documentary 20 Feet from Stardom (HU DVD 11199).

Hello, readers new and old! If you’re reading this on the Media Services blog, my name is Jesse, nice to meet you! If you’re on the Music Library blog, you know me. Either way, it is my great honor to provide you with a review of a new DVD at Media Services: 20 Feet From Stardom.

20 Feet, released in 2013, is a documentary delving into the history, psychology, and philosophy of background singing. Unique for focusing on background talents rather than the usual camera fodder (the stars), it won the Academy Award for Best Documentary Feature in March, giving director Morgan Neville his first Oscar!

The film follows the careers of several background singers who have performed and recorded with a jaw-dropping amount of famous artists and helped shape the sound of popular music, often without realizing it. Singers such as Darlene Love, Merry Clayton, Lisa Fischer and quite a few more have spent their entire lives in the industry, and the documentary weaves their stories into the fabric of American music history. Judith Hill, a contemporary singer who represents the new generation of background singers, is also heavily featured.

In using the singers’ lives as a narrative, 20 Feet reveals a great amount of intensity. These are stories of a constant struggle with identity; the ups and downs of the industry, the conflict between simply surviving and striving for art, and the ramifications of trying to break out as a solo artist. I was surprised at how emotional it got when the singers spoke about their highest highs, lowest lows and the love of their art that kept them going.

While the idea behind 20 Feet is great, its execution is tremendous. The film features interviews with dozens of background singers, as well as with stars such as Bruce Springsteen, Mick Jagger and Stevie Wonder. It mixes these interviews with incredible archival footage of the likes of Ray Charles, Phil Spector, David Bowie, George Harrison, Talking Heads, and many more. And, in perhaps my favorite aspect of the film, the singers were brought into L.A.’s legendary Ocean Way studios to sing together, and the footage of their recording sessions is downright inspiring.

Anyways, I’m gushing here. If you’re passionate about singing, music, or pop culture in general, then you should be rushing towards Media Services as I type, student ID in hand. 20 Feet From Stardom will scratch that itch in the best of ways.