Start the new semester by checking out our new media purchases!

Start the new semester by checking out our new media purchases!

Everything Everywhere All at Once (DVD 17227)

Happy birthday to Judi Dench! Born December 9th, 1934, Dench grew up drawn to theatre performance in small-town England. Her achievements include multiple BAFTA nominations and awards and even an Oscar win. She has been in many films and other productions, creating a long resume of theatrical performance. Most recently, her role in the infamous (for better or for worse) movie Cats has placed her back into the spotlight of modern-day Hollywood and even the front page of many memes.

Dench has a wide variety of performances that appease those looking for a wide variety of films and other productions. She is one of the most prolific British women in Hollywood and the British acting scene. Whether it be her role in the James Bond films or more obscure productions like The Best Exotic Marigold Hotel, she has a long resume and is a fantastic example of talented actresses. Celebrate women in Hollywood and watch some Judi Dench films from our very own collection. 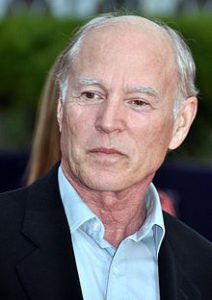 Michelle Yeoh, a Chinese-Malaysian actress, was born on August 6, 1962. She rose to fame in the 1990s by starring in Hong Kong action films. However, she gained international recognition when she played Wai Lin the 1997 James Bond film, Tomorrow Never Dies and other martial arts films,

such as Crouching Tiger, Hidden Dragon.

Yeoh is both a literal and figurative symbol for strength and womanhood. As a former pageant queen and ballet dancer, she traded in her tiara and pointe shoes for air-kicks and became a profound martial artist for her early roles. She countered the stereotype of women being powerless while also solidifying how women of color also have a place in Hollywood. You can read more about Yeoh’s lifetime achievements and amazing roles in her Elle interview:

Happy Birthday Michelle Yeoh! If you want to watch Yeoh’s work, you can find these popular movies that she has starred in the AU Media Collection:

While Kaling has acted in several movies and television shows, she is most known for her character in The Office. Along with her role as Kelly Kapoor in the show, she also was a writer, producer, and executive director of this sitcom.

Recently, Kaling created a Netflix series titled “Never Have I Ever.” Kaling wrote and produced this series, which is based on her own childhood and young adult life. “Never Have I Ever” details the life of a teen named Devi as she comes of age as a first-generation Indian American. This show, important for its representation of Indian Americans and first-generation immigrants, quickly became popular and was Netflix’s #1 Show of the Day in several countries within a few days of its debut. Kailing celebrated this accomplishment on her social media through an Instagram post capturing the show’s stats on Netflix, and even dressed up as Devi this Halloween.

Here are some films we have with Mindy Kaling in our collection:

Known for his roles in Slumdog Millionaire, Lion, and that Avatar the Last

Airbender live-action remake we all collectively decided not to talk about, Patel has conquered our hearts and screens for over 10 years. Patel was the first-ever actor of Indian origin to win a BAFTA after clinching the title for Best Supporting Actor in Lion.  He was also nominated for an Academy Award and Oscar for the same role.

Patel is set to star as Sir Gawain in The Green Knight, a fantasy re-telling of the medieval story of the same name. The movie release was postponed due to the COVID-19 pandemic, so it is unknown when Patel with grace our theatres and home televisions again.

If you’re like me, and you can’t wait for The Green Knight to get your fix of Patel, here are some of his most well-known films and television series available at the AU Library you can watch to celebrate his birthday:

Happy birthday to director Gurinder Chadha! Chadha was born January 10th 1960 in Nairobi, Kenya. Her family later moved to the UK, and she studied at the University of East Anglia and the London College of Printing. Throughout her career, she’s worked in the radio industry, the news industry as a BBC reporter, as well as directed award-winning documentaries for the BBC.

While she gained notoriety for the film Bhaji on the Beach, where she became the first British Asian woman to direct a full-length feature film, she has also gained a lot of popularity as the writer and director for many feature films including: Bend it like Beckham and Blinded by the Light.

Many of the films that she has written and directed help tell her own story; someone who wants to become their own person despite their parent’s objections. She works within that space in order to find the drama for each of her films. It allows the characters to find each other’s perspectives and grow and develop as characters through that journey of discovery. As an umbrella theme, this is very common in film, but Gurinder makes it her own by applying it to her own life; an immigrant’s journey growing up in the western world.

“Once the movie starts, I make it for myself. The film has to be your own.”

You can find many of Chadha’s films in the Media Services collection:

Today’s random movie is DVD 1794, The Pianist. It’s a fitting random movie for this week leading up to the Academy Awards, since this heartbreaking and at times gut-wrenching film was nominated for six awards, and won three, including Best Actor (Adrien Brody). Brody is still the youngest man in history to win the Best … END_OF_DOCUMENT_TOKEN_TO_BE_REPLACED

Today’s random movie is DVD 1794, The Pianist. It’s a fitting random movie for this week leading up to the Academy Awards, since this heartbreaking and at times gut-wrenching film was nominated for six awards, and won three, including Best Actor (Adrien Brody). Brody is still the youngest man in history to win the Best Actor statuette. Here’s our summary of the movie:


Based on the memoirs of Wladyslaw Szpilman, a Polish Jew, who was a brilliant pianist. He watched as his family was shipped off to Nazi labor camps. He managed to escape and lived for years in the
ruins of Warsaw, hiding from the Nazis.

This movie is, of course, supposed to make the viewer think about the Holocaust, but not in a black-and-white, good versus evil sense. Instead, the film’s director, Roman Polanski, highlights the shades of grey and the frailty and strength of human nature in the worst of situations.

While this film is definitely a one of the best of the 21st century, I always feel a little guilty about watching it. It’s personally hard for me to wrestle with how powerful this film is, and how good it is, with the character of its director, Roman Polanski. He has been a fugitive from justice since 1977, when he plead guilty to sexual assault of a minor, and has faced multiple allegations of sexual assault since then. How can you separate the art from the artist?

Last week, we lost an icon of 20th century cinema. The actor Albert Finney, who personified the “angry young man” of British cinema of the 1950s, died on February 7th at the age of 82. Finney was born to a lower-middle class family in Salford, England, just outside of Manchester, in 1936. After attending the … END_OF_DOCUMENT_TOKEN_TO_BE_REPLACED

Last week, we lost an icon of 20th century cinema. The actor Albert Finney, who personified the “angry young man” of British cinema of the 1950s, died on February 7th at the age of 82.

Finney was born to a lower-middle class family in Salford, England, just outside of Manchester, in 1936. After attending the Royal Academy of Drama (RADA), Finney had a name for himself as a stage actor before taking film roles. His first film, The Entertainer, was one of the first “kitchen-sink dramas”: films that explored the lives of working class Britons with unrelenting realism, and tried to force British society at large to deal with social problems in the wake of WWII. Since Finney came from a lower-middle/working class family from Northern England, he was an ideal fit for many of the “angry young man” roles that dominated these films. In addition to The Entertainer, he also starred in Saturday Night and Sunday Morning.

Despite his affinity of these working class roles, Finney managed to avoid being typecast. In 1963, just three years after the release of his first two kitchen sink films, Finney earned his first Oscar nomination for his titular role in Tom Jones, a film based on the raunchy 18th century novel. However, he famously scorned the Oscars and other awards, and he never attended the ceremony, despite being nominated a total of five times.

Finney worked consistently between 1956 and 2002, appearing in plays such as The Cherry Orchard, movies like Erin Brockovich and Big Fish,a tv show like the Winston Churchill drama The Gathering Storm. and  After fighting cancer in the mid 2000s, he returned to theaters with small roles in the Jason Bourne trilogy, as well as the James Bond film Skyfall.

We’ll miss Albert Finney’s arresting presence in new films, but the nice thing about DVDs is that you can go back and watch actors like Finney forever. Here are Finney’s films in our collection:

Привет! This week’s random movie documents one of my personal favorite historical happenings– Soviet Premier Nikita Khrushchev’s 1959 road trip across the United States. DVD 11777 is one of PBS’ American Experience documentaries, and let me tell you, it’s a good one. Here’s our summary: The story of one of the most bizarre episodes in … END_OF_DOCUMENT_TOKEN_TO_BE_REPLACED

Привет! This week’s random movie documents one of my personal favorite historical happenings– Soviet Premier Nikita Khrushchev’s 1959 road trip across the United States. DVD 11777 is one of PBS’ American Experience documentaries, and let me tell you, it’s a good one. Here’s our summary:


The story of one of the most bizarre episodes in the annals of modern history: the unprecedented trip across America in 1959 by Soviet Premier Nikita Khrushchev, the world leader of communism and America’s arch nemesis. The visit was an opportunity to halt the escalating threats of the Cold War and chart a new course toward peaceful coexistence. For the American press, it was the media story of the year.

This was the tour that blessed us with all the great images of Khrushchev staring adoringly at ears of corn. With this DVD, you’ll get to learn about the story behind those iconic photos.